“Tora, tora, tora,” was the code for the successful surprise attack. There was a saying in Japan that, “A tora (tiger) goes out 1,000 ri (2000 miles) and returns without fail.” Even before the first bomb fell, the Japanese knew that the surprise attack was successful: “Tora… Tora… Tora…”
The first wave of Japanese bombers struck at 7:55 A.M. Hawaii time when the Army, Navy and Marine airfields were in a typical Sunday peacetime morning relaxation. They were not ready. The Americans thought that the attack would be someplace else but not Pearl Harbor inspite of warnings from Ambassador Joseph Grew in Tokyo reported as early as January 1941.
A second wave came over at 8:40 A.M. In less than two hours, more than 350 Japanese bombers, torpedo bombers and fighters attacked the U.S. fleet at Pearl Harbor and the U.S. Army and U.S. Navy incurred heavy losses mostly aircrafts on the ground. The U.S. entire fleet stationed in Hawaii was badly crippled. Six American battleships – West Virginia, Tennessee, Arizona, Nevada, Oklahoma and California – were either sunk or badly damaged. Three light cruisers were damaged, three destroyers were torn by bombs and four other ships were sunk or damaged, all unserviceable. Fortuitously, all four American aircraft carriers and five cruisers as well as most destroyers assigned to the Pacific were away on exercises or on missions away from Pearl Harbor. Thousands of servicemen were either killed or wounded and there were hundreds of civilian killed in the attack. The Navy lost more than 2700 men either killed or wounded, over twice as many as in the Spanish-American War and World War I combined. The Army and Marine Corps lost more than 700 men either killed or wounded. Not only the huge naval base in Pearl Harbor suffered losses, Japanese high-flying bombers also wreaked havoc on the Army Air Force bases at Hickham Field and Wheeler Field.
Pearl Harbor was America’s greatest military disaster. Still, the Japanese forces did not bomb the enormous fuel dump at Pearl Harbor, the submarine base or the naval repair shops. At Pearl Harbor, the U.S. Pacific fleet had been caught napping. It was the first attack on American soil by a foreign power since the British burned the White House during the War of 1812. The country moved from peace to war, joined together in unity and a desire for revenge never seen before in time of crisis. The United States had suffered the worst military disaster in her history in the Pacific. The war that started at Pearl Harbor was now extending its reach into the Philippines Islands and the rest of the Far East.

Copyright ©2013 By Rosalinda R Morgan, author of Bahala Na (Come What May): A WWII Story of Love, Faith, Courage, Determination and Survival.  Available in paperback and Kindle at www.amazon.com/author/rosalindarmorgan.  For more info about Rosalinda R Morgan, visit her website at www.rosalindasgarden.com. 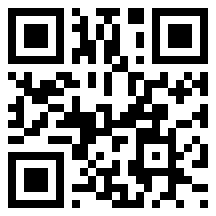