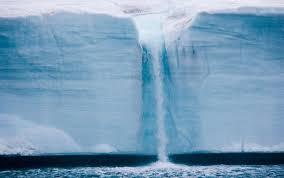 During the glacial or ice age periods, the sea level was lowered because the ice sheets were formed upon the surface of the land. The huge ice sheets contained a considerable portion of the earth’s water. Much land was formed providing land bridges between continents for human and animal migrations permitting extensive interchange of faunas of North America and Eurasia.

The ice sheets made profound changes in the landscape and physical features of the regions it covered. The ice, which encroached gradually on regions previously warm, must have submitted all living things to new and unsettling conditions. In consequence some animals became extinct at this time, others moved southward.

When sea levels sank during the last Ice Age, a series of land bridges cut through the shallow waters connecting the Philippines with the rest of the Southeast Asia, one running through Palawan and Mindoro to Luzon, another through…